Mt. Hood casts a cool shadow on the clouds. 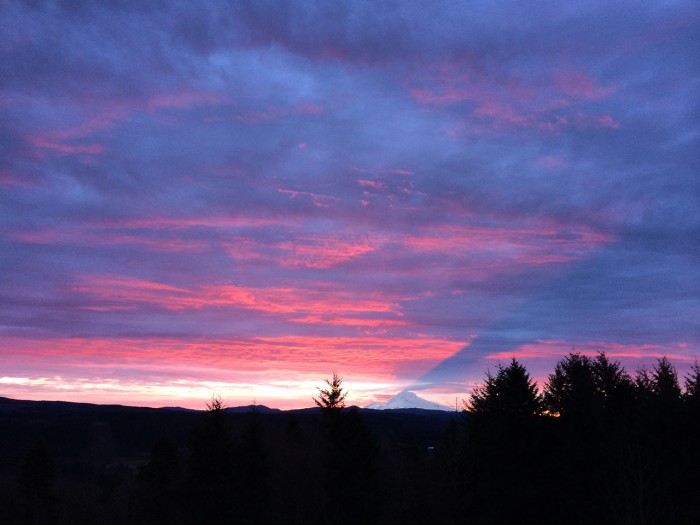 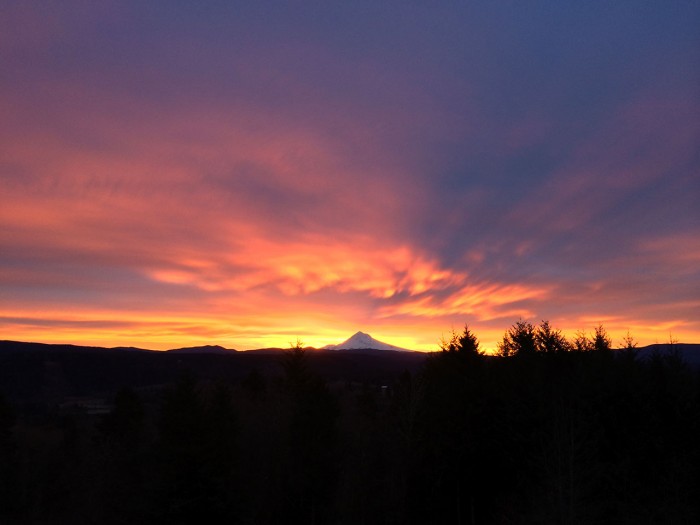 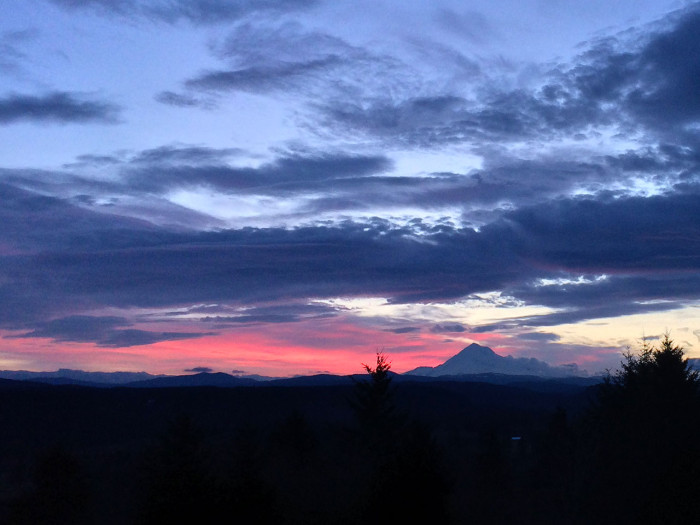 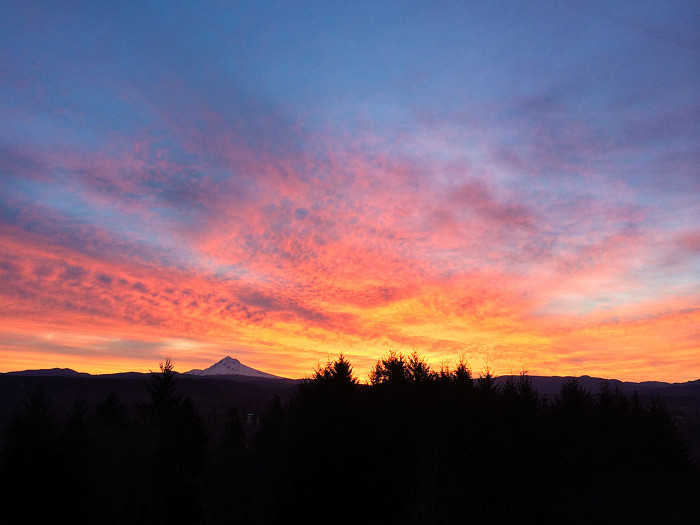 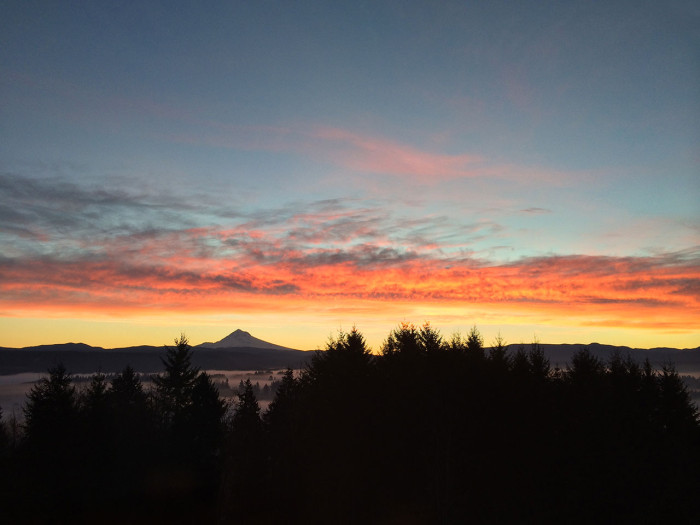 Finally got around to adding some light to the main room in the basement.

There are no ceiling or wall fixtures. Fortunately two of the outlets are controlled by a switch near the stairwell door. We had an Ikea work light pendant, which was ok for the craft/sewing table, but it didn’t do much for the rest of the room, which meant we still had to augment with floor lamps.

We decided to add aÂ TERMOSFÃ„R fixture from Ikea (the same one we have in the office).

It has five lights, which can be placed anywhere along the pair of cables. This model uses LED lights, rather than the halogen bulbs. The LEDs are just as bright, use less energy and generate significantly less heat than the older halogens.

The fixture is designed for a hard-wired installation, but we converted it to a corded, plug-in-style light by repurposing an extension cord.

All in all, it was a simple installation and the basement is a much more pleasant place to be. 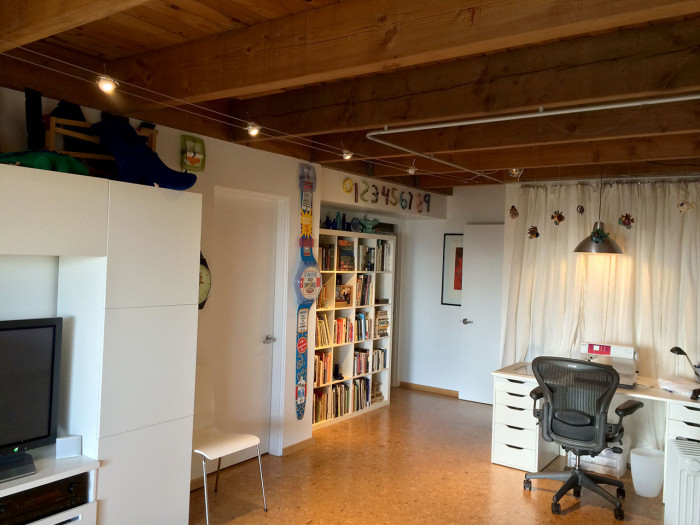 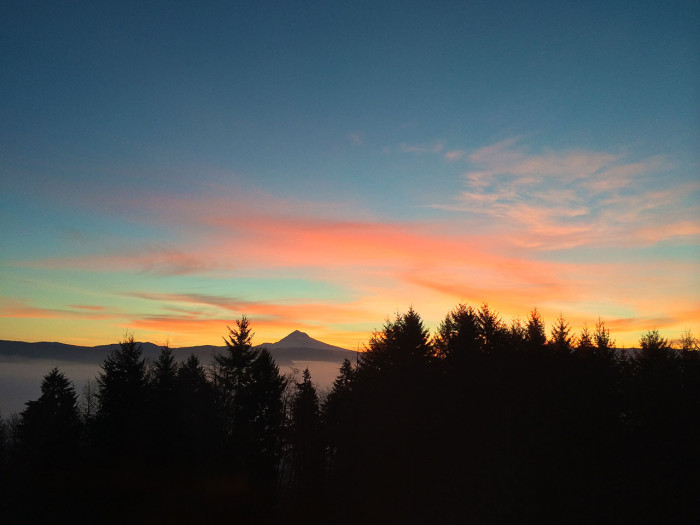 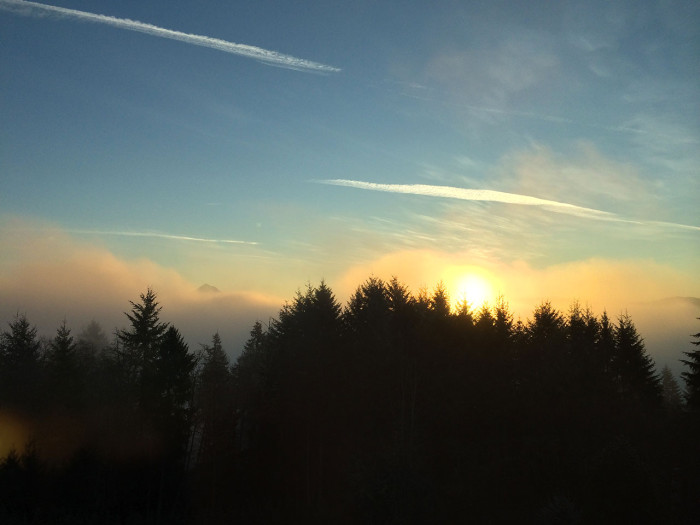 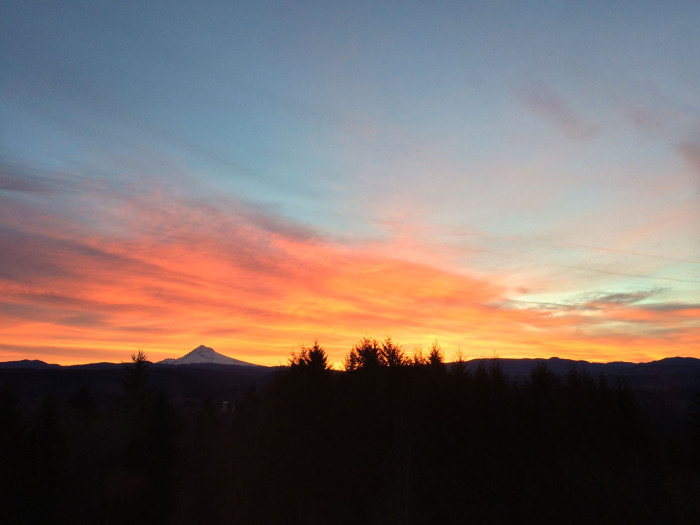